The International Make-up Artist Trade Show (IMATS) is held in London, New York, Los Angeles, Sydney, Toronto and Vancouver and is the world’s largest makeup exhibition featuring displays of brands, products and make-up artists doing what they do best!

London 2017 was my first experience of this as an aspiring Make-up artist, I was keen to attend and see what it’s all about and watch some top artists at work and perhaps get a feel for where in the industry I could see myself working in the future depending on the path I choose.   This is just one of the reasons I am glad this event does host it’s public days.    Setting off at 7.15am to catch a train required an early start with a trusty foundation to last the day!  A train journey later with a friend of mine Jess who is also a makeup addict, and we arrived at the venue in glorious sunshine. 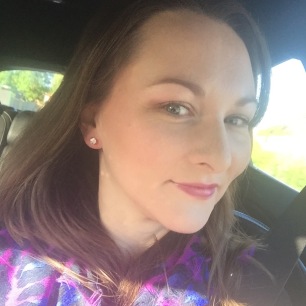 London’s Olympia housed some 80 exhibitors and two stage areas which held a series of talks and demonstrations throughout the day.   Having read a few reviews of previous years we went with the advice of ‘head to the Mac counter first!‘ the brand that becomes busy very quickly, which given they were offering a 25% discount, you can see why!

Brands that I would describe as more commercial, Mac, Nars, Nyx, Bobbi Brown and Inglot were the brands I was interested in looking at first from a personal aspect, yes I am on a buying ban and have been on said buying ban since January….I have one more month to go, but allowed myself a pause purely for IMATS, not to then go on a shopping spree elsewhere, just to take advantage of discounts at the show! 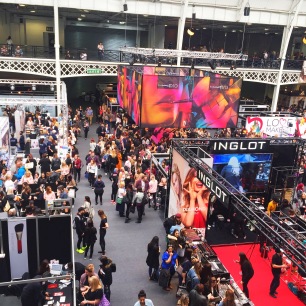 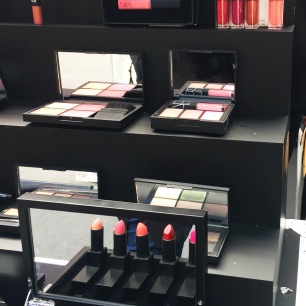 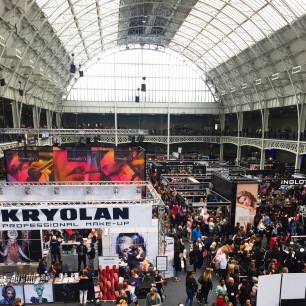 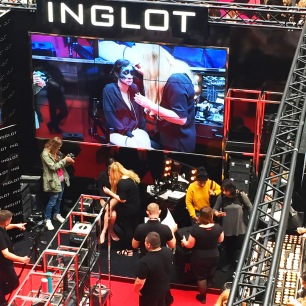 If anything, Mac was the quieter stand when we arrived (this was first thing)…Kat Von D however….a queue that seemed consistently over half an hour long (as we were initially told it was!) was without doubt the biggest gathering for one brand with no let-up.  We decided to tackle that after we were happy that we had taken a good look around the venue!

After popping out to Pizza Express to refuel, we took on the queue with our ordering cards, again offering a show discount making purchases that little bit more tempting!  The queue filled their barriers and then some……extending up the stairwell!  We were told once we entered the barrier section, it was approximately a 30minute queue…..ok being British, we are known for queuing and complaining….so complaining about queuing is second nature right??  30 minutes was the biggest underestimation possible!  From the point of entering the queue to the point of getting to view the products (which in fairness wasn’t a rushed experience with plenty of makeup-artists to help) was over an hour and a half!  Back to the British things again…..being offered a freebie miniature studded lippy or tattoo eyeliner whilst we were waiting in line was blatantly going to help!  Haha!  🙂

To my delight there was plenty of glitter to be seen….absolutely everywhere!  Brands selling specifically body glitter to brands selling eye and lip glitter was something I had to see!  The three tested on my hand (from three different brands) were interesting because the blue ones seemed to set on my hand and not really have any fallout.  The pink however was applied using a specific lip glitter glue, which after a minute was meant to set so well that you couldn’t wash it off……..I was cursing this one however as the fallout every time I touched it (after the minute, after ten minutes, after half an hour) I had pink glitter all over my palms!  HOWEVER…..the coat of glitter remaining after the fallout would not budge…no amount of hand washing would remove it!  In fact, around midnight just before I went to bed, I had even washed it with my oil cleansers….it was still there!  Today I have been able to scrape the remainder off but that really was not going anywhere yesterday!  So if you’re looking for a lip glitter…Ash Cosmetics do one that really doesn’t move!  (Just don’t apply too much which is what I think may have happened to me for the fallout to occur so badly)

Wish Upon A Sparkle had a great demonstration of their glitter at work!  This guy had been wearing this all day…we saw this being applied first thing in the morning and I took this just before 5pm!

A programme of talks and demonstrations was also planned for the day of which we attended one by International Make-up Artist and Beauty Blogger Sarah Jagger called ‘The No Make-up Look for Editorial vs. Commercial’

This was very interesting as Sarah shared her tips and techniques for creating that ‘No make-up’ look that is so heavily sought after at the moment.   It was great to see the products that she uses and how they are best used depending on how the model is then being photographed.  Such a great demonstration to watch.

The exhibition itself is a little pricey for entry but Jess and I agreed that it’s definitely something to experience!  Of course we did have to finish the day of with a small glass of something 🙂   As for my purchases………………..keep your eyes peeled for a ‘mini haul’ post coming soon!

Have you ever been to IMATS?  If so, what did you think?  If not, would you be tempted? 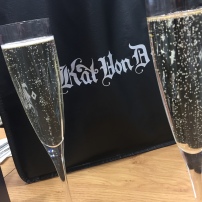 Leave a Reply to Beauty and The Ballroom Cancel reply