Thanks to a decent 8 hour sleep (purely due to an early bedtime….we were then having breakfast at 6.30am!)…we were ready for a full tourist-fuelled day with plans to walk from Times Square to the Statten Island Ferry via the High Line and the 9/11 memorial!

The High Line wasn’t necessarily something we had on our ‘to-do list’ but as we were walking in that direction we thought we would add it in and we were so glad we did.   Taking in the sights from the 1.5mile walk in the sunshine was a fabulous way to spend a warm Friday morning. 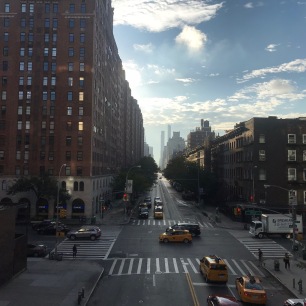 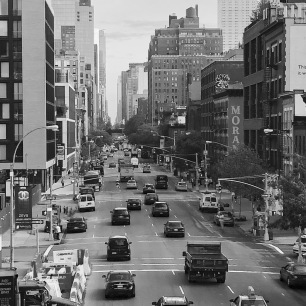 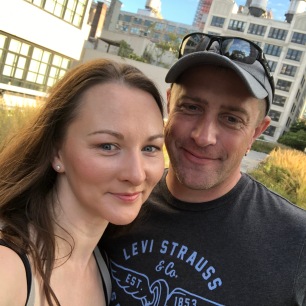 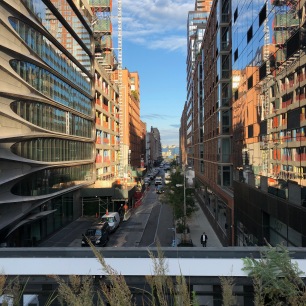 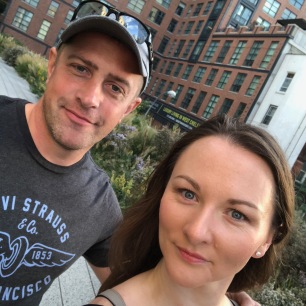 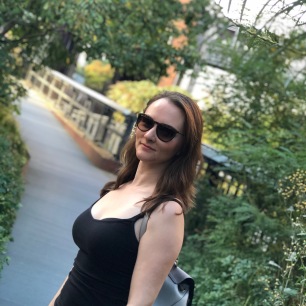 As we arrived at the World Trade Centre, where there’s still plenty of work going on, I couldn’t help but notice the teeny tiny little window cleaning rig (well, it’s obviously usual size but admit it….it looks tiny!!!) presumably containing some of the most dare-devil window cleaners ever!!!  Further back on the walk I had noticed how high up they were….to then arrive at this point and see how far down they had gone in that time.

The white rib like structure of the Westfield Shopping Centre,  which was built to replace the original Mall at the World Trade Centre houses brands such as Apple, Dior, Breitling and of course Sephora!  I had to go in!  (Haul post coming soon!) 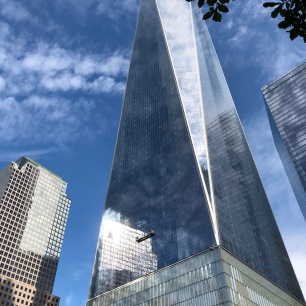 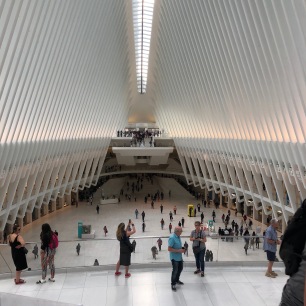 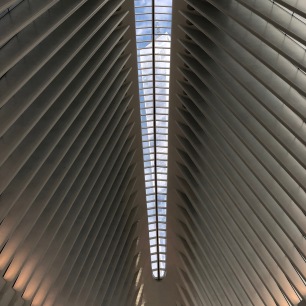 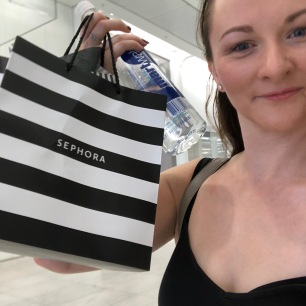 The main thing we had come to this area to see was of course the 9/11 memorial that stands in place of the Twin Towers.  I wasn’t sure how I would feel about being at the site of the tragedy of 2001 but I don’t think I was prepared for the wave of emotion that suddenly hit me.  As I stood quietly, I thought about what I was looking at, the names etched into the side of the memorial plaques, the water falling into the centre and seeing the white rose placed in the names of those who would have been celebrating their birthday that day.  Writing this post brings the emotion back and whilst it was a horrific moment in history, the memorial seems a very fitting tribute to those who lost their lives.

We left the memorial and sat for a moment just away from it, where I took the photo in the bottom right of this grid…noticing afterwards the reflection of the Freedom Tower in the other building giving quite an eerie feel! 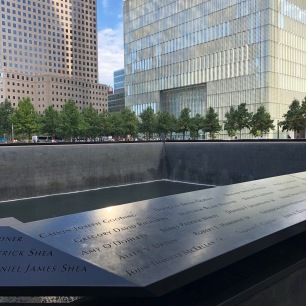 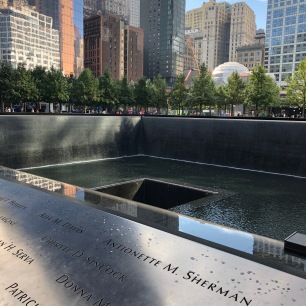 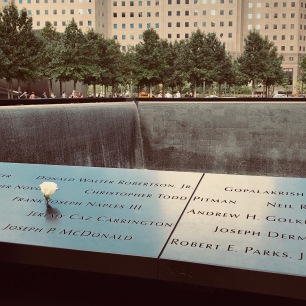 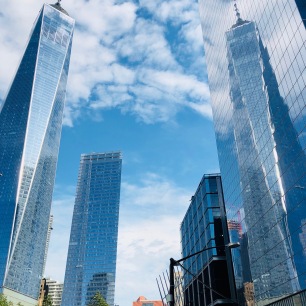 Our next stop after walking a bit further was the Statten Island Ferry.  A free 25 minute boat trip across to Statten Island and back again.  The views of Manhattan from the ferry were like something from a movie …. recurring theme here with New York!   The Statue of Liberty, whilst impressive, I have to say, looks a lot bigger on films!! Haha! 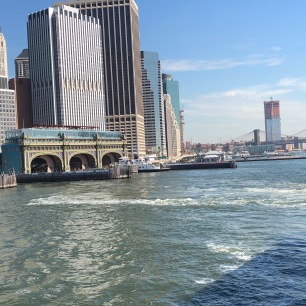 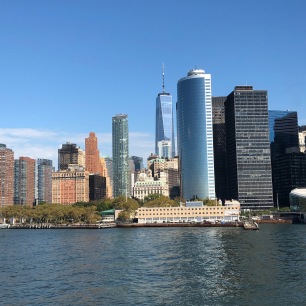 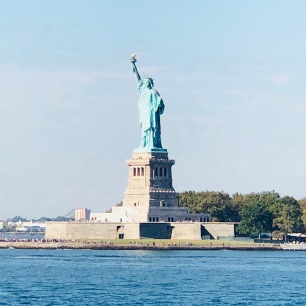 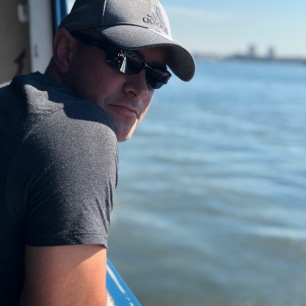 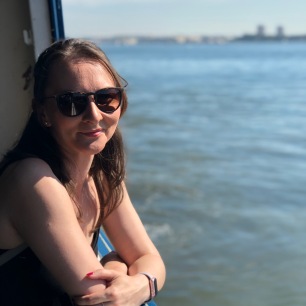 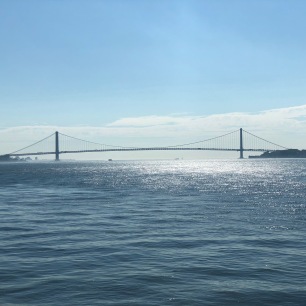 On the return walk back to Times Square, the next part of our ‘to-do list’ was Wall Street, finding the points of interest along the way such as Federal Hall, The New York Stock Exchange and of course Tiffany & Co! 😛 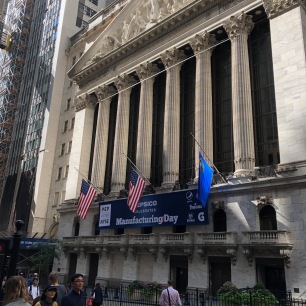 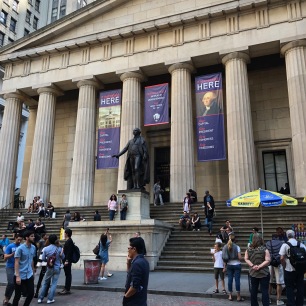 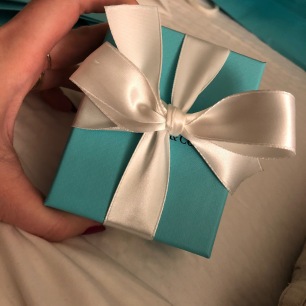 Walking back further we came across Washington Square Park, which wasn’t on our list but was lovely!   Finally we reached Grand Central Station which was yet another sight to behold!  The grandure of the building and decor is amazing. 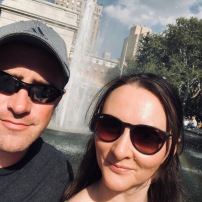 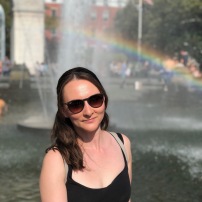 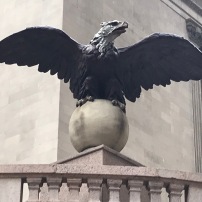 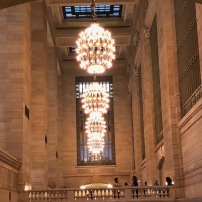 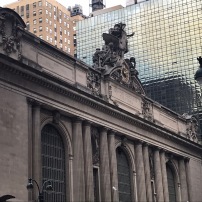 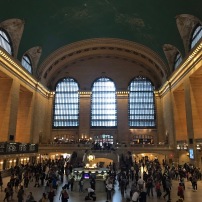 Dinner that night was at an Italian restaurant that had been recommended to us called Carmines.  We hadn’t booked so had an hour to wait for a table, but given the barman was ‘measuring the juice and not the booze’ we didn’t really care how long we had been waiting, however did have a bit of a staggered walk to the table when we were seated!   The Waiter advised that the meals were family size portions so to be careful with how many dishes we ordered.  The spaghetti and meatballs were to die for but he was right….one dish was more than enough for us!!

Note to self…….do not make a decision when under the influence of alcohol to go shopping in Mac!  Mini Mac haul post coming soon!!